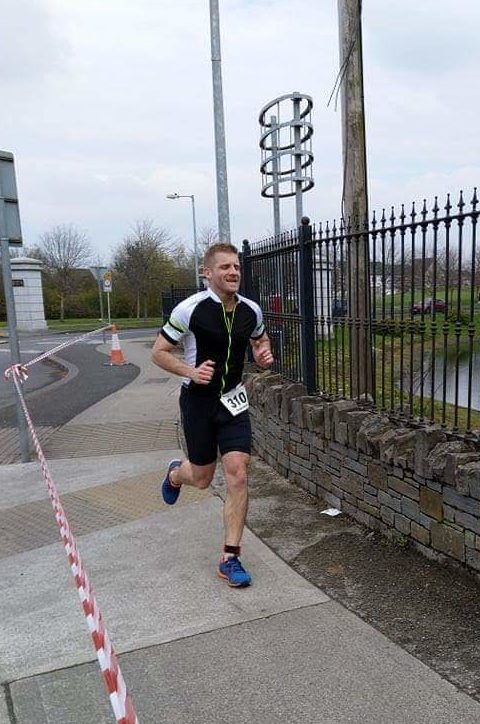 2019 was a weird year for me – big changes in my personal and work life along with the fact I decided to try out the sport of Triathlon.

Along with a a number of other newbies- I took part in the New to Tri programme from Feb to April. Now I have never been the best at sticking at one thing – I am currently re doing my new years resolution that has been renewed every year for the past severn –“ this year I will learn to play the guitar” .

So maybe that’s why I liked the idea of doing a triathlon, sure if I just get bored of one discipline today there is a different one to have a go at tomorrow (or next week). The scariest aspect for me was the swimming – not because I couldn’t swim or was scared of the water – I just had no endurance and it wasn’t something that I practiced regularly. So, I signed myself up for the Tues swim sessions, turned up with my scratched up goggles and cloth hotel swimming pool hat, not knowing who I was meeting or where I was going – the NAC was a new experience for me. An hour later I came out of the pool (well dragged) having been pushed really hard, but encouraged and taught along the way.

Over the 10 weeks prior to the first Triathlon in Laois I improved hugely in my endurance, not so much technique (I think the phrase was – there would be too much to work on). It was great going along each week and swimming with the fellow New to Tri members in Lane 1 – apart from Dan ‘The Fish’ Kav – who I think was moved up from the minute Danny saw his toe enter the water. We slowly got to know each other and the other more “established” members.

Along with the swimming I tried to get along to the cycling and running when I could. The great things about the club is that there is always something to do each day and normally someone to train with.

By the time April came, I was fairly confident with the individual aspects, and then someone mentioned the Transition?! Then came Laois. I travelled down with Barry Mc (another new to Tri member) – and I have to say I was really nervous prior to the start, stood there in my Lidl Triathlon suit – which quickly became a new team suit for the amount of us wearing them, along with my upgraded “Granny Style bubble” swim hat. At the start we decided the order to put ourselves in- not knowing whether to go all big balls and give a faster time.

Once started- it all went very quickly, it was tough, cold at times and I found new areas of my body that could get numb- however I finished in what I thought was a pretty respectable time (well I beat Rory anyway! ) Then there was the post New to Tri night out…less said the better!

From then on I managed to do a couple more sprints and wish I had both the time and money to add in a few more before the end of the season. Training has been at the best sporadic- however I haven’t got hung up on it as I have just tried to enjoy it.

This year I have my goal set on completing an Olympic distance and am going back to do some more swimming on a Tuesday to try and push me on again. I am learning new things all the timeTrainerRoad, pull buoys, the pros and cons of elastic laces- however the best bit is meeting very “different” but similar minded individuals who share a mutual passion for coffee, chat and cake with a sprinkle of exercise.