Triathlete (tri-ath-lete) n. a person who doesn’t understand that one sport is enough. Or that one slice of cake is enough.

We employed some of triathlons best and most experienced kit designers to craft a unique uniform for us and we love the results!

We will be taking orders again at the start of 2020. Stay tuned  for an update and in the meantime make sure to share your snaps of the new club kit with us! 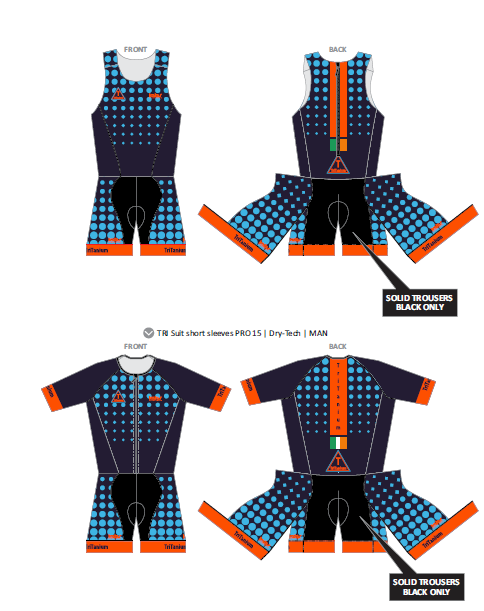 Tritanium Triathlon Club was established in 2017 by a group of friends who decided that they wanted to be part of a club whose main focus was not about competing but about taking part in a Triathlon.

The aim of the club is  to make the training sessions as much about being social as they are about working hard.

With that goal in mind, the club organises sessions, where possible, with a focus on having a post session chat, a coffee and maybe some cake.

Well here it goes write a blog on the New2Tri programme at the midway point (I know I’m late with that too) As Jack Reacher would say “never volunteer for anything”. Hoping to do a Triathlon for the first time with literally no swim or bike experience, follow a ten week programme then Portlaoise, and …

END_OF_DOCUMENT_TOKEN_TO_BE_REPLACED

Some Say Ignorance is bliss. In 2017 around about the time of Tritanium Triathlon Club’s inception, I weighed 4 1/2 half stone heavier than I am today. I downloaded a couch to 5k app and I can still remember the pain of running for 60 seconds at (pre Strava and Garmin tracking) who knows what …

END_OF_DOCUMENT_TOKEN_TO_BE_REPLACED

2019 was a weird year for me – big changes in my personal and work life along with the fact I decided to try out the sport of Triathlon. Along with a a number of other newbies- I took part in the New to Tri programme from Feb to April. Now I have never been …

END_OF_DOCUMENT_TOKEN_TO_BE_REPLACED

Contact us for more information about our sessions and joining the club.